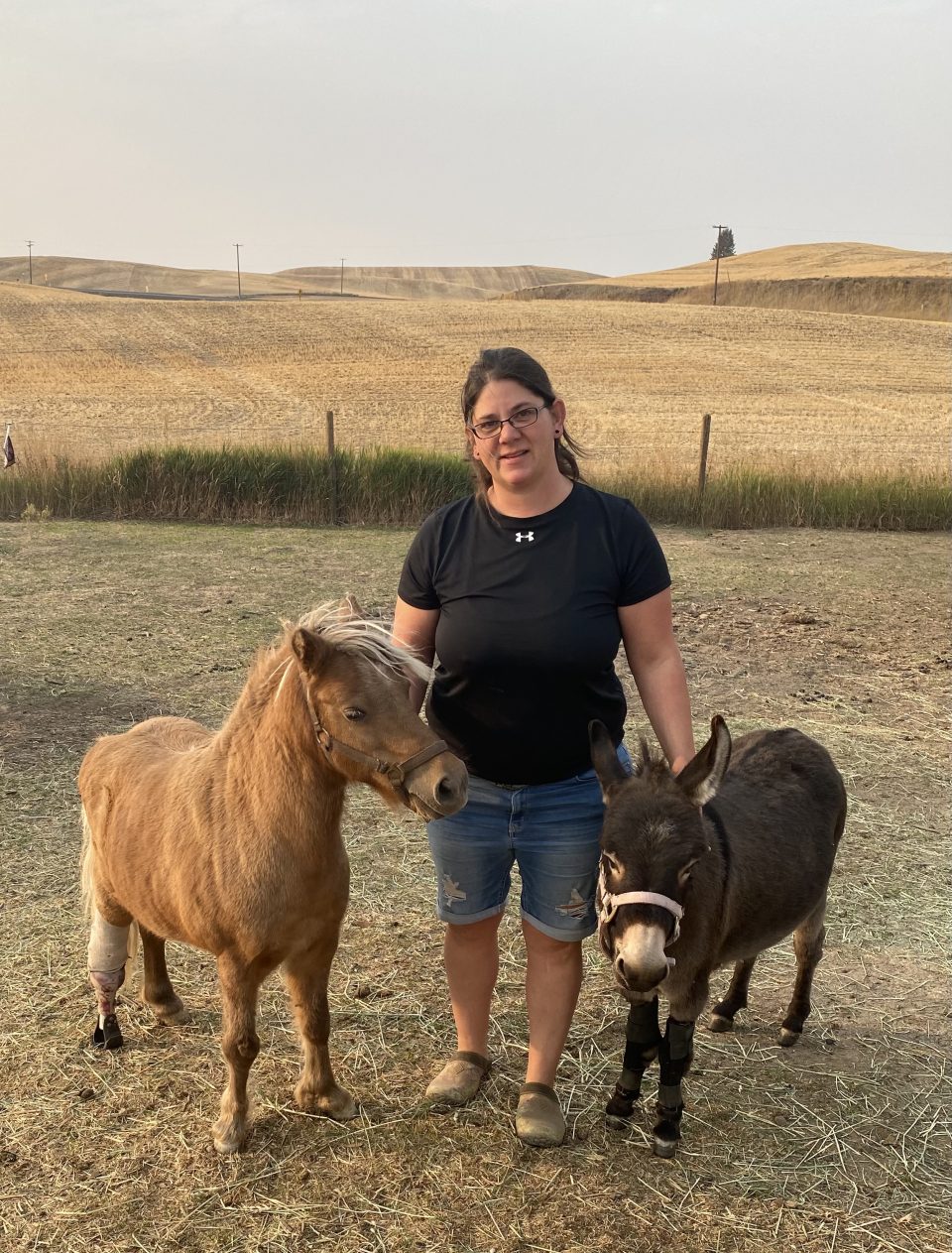 Ever since I was a young girl, I loved animals. I tried to save all of the ants at the school bus stop while my brother was stepping on them. Summers at my aunt and uncle’s house meant fishing with my cousins. In preparation, we would gather worms from the garden for bait. But instead of gathering the worms I would dig a hole and quickly put them back in the ground. I guess the fish didn’t have as much influence, probably because we hardly ever caught anything.

At the age of 21, I decided I started my career path. With a little nudge and a lot of help from my Mom, I enrolled into the Orthotic and Prosthetic Technology Program at SFCC. After graduation, I moved to the East Coast bouncing around a few little O&P labs but not getting a ton of hands-on skills. I was extremely eager to learn this new craft and wanted to get my hands dirty. I finally found a very busy practice in Fairfax, Virginia where I was able to just be an O&P technician. This technical experience helped me transition into the animal world of O&P.

My first experience with Animal Orthotics & Prosthetics (O&P) began after I adopted a Cane Corso/Pressa Canario puppy that was experiencing lameness in her back leg. When mature, these are very large dogs so I wanted to give her the best options for a full life. However, the vet specialist suggested a $5,000 surgery for a cranial cruciate ligament repair. Since this injury is equivalent to an ACL tear in humans, I thought why can’t I make a knee brace for her? Which is exactly what I did! I knew then that there was a bigger picture ahead for me. Stifle/knee ligament tears are 90% of dog injuries and 75% of these injuries can be healed with a stifle brace if it is a partial tear of a ligament. Scar tissue will develop after 6-9 months if the knee is supported properly through bracing. Stifle braces give a K-9 full mobility to run, play and do what dogs do with little down time. Other orthotic devices for all animals, including ligament deformities from birth, can be corrected in young animals through serial bracing. Ligament injuries like hyperextension, brachial plexus, knuckling of the paw, and arthritis can be supported with serial bracing.

After 4 years in the O&P field, I adopted my three-legged pony named Prince. His mother had died after birth and fell on the pony’s hind leg causing a surgeon to amputate the leg below the hock. Prince was surrendered to an animal rescue facility in Michigan with a whiffle ball bat cut in half and duct taped to a sock right above his hock. This device worked and he got around amazingly well but it was very hard to take on and off. Staff at the rescue facility saw a TV reality show produced by the practice where I worked as an orthotic technician and contacted us. I was probably about 6 minutes into the telephone conversation when I said “I’ll take him.” I had no place to put him but that wasn’t going to stop me. I have devised many different designs on Prince which has helped me help other animals with similar and different situations.

For a prosthesis to work, suspension is needed. With animal prosthetics, the amputation needs to be below the Tarsal/Hock in the back legs and below the elbow 3-4 inches on the front legs in to achieve maximum suspension. Veterinary surgeons are taught to amputate at the shoulder or hip even if the injury is at the paw. Fortunately, more Veterinarians are becoming aware of the benefits of prosthetic care for animals.

Pulling Together for Equestrians