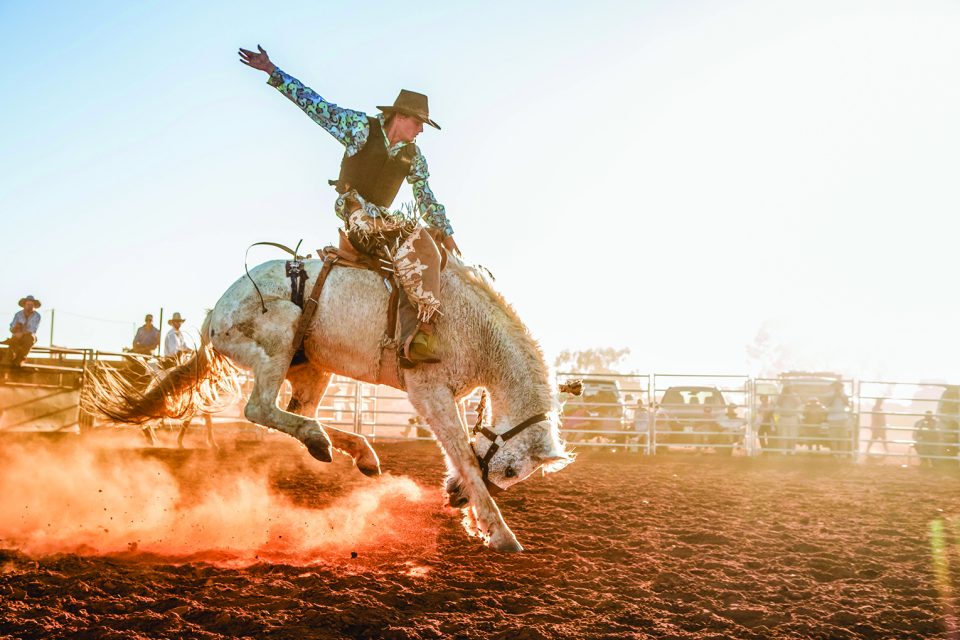 A good cowboy will go beyond the call of duty and even put himself in harm’s way to help a suffering beast.

Doug and Patty run a ranch in that big wide country in eastern New Mexico. They’d received several loads of cow/calf pairs. The weather was against ‘em and the calves went to scourin’.

The cows were turned out in a big pasture. Treating the calves wasn’t easy. The morning of the incident, their neighbor, Caleb, came to help. He was ridin’ a big mule. They trailed through the cows and spotted a good sized calf lookin’ humped up. They watched for a minute and confirmed he was, in fact, afflicted.

Doug eased up and dropped a lazy loop around his neck.

It is a strange but almost predictable occurrence that a calf, who appears to be on the edge of his last breath can suddenly become a dynamo of jackrabbit speed and mad dog energy when suddenly caught with a rope.

Doug pulled the horn knot tight on his saddle as the calf slashed back and forth like a 200-pound marlin on the end of his line. Caleb was haulin’ back on his mule to git outta the way. Not in time. The calf went around the outside of the mule and dang near toppled him before they jumped clear. The mule took off in high gear! Caleb was mashin’ on the brakes. You could smell ‘em burnin’ as he disappeared over a swell.

Doug kept his pony facin’ the calf till it tangled the rope in some brush.

Patty, who’s a good cowboy herself, dismounted, went down the rope and flanked the calf just as the calf’s mamma arrived, registering her disapproval. She was blowin’ snot as Patty maneuvered around tryin’ to keep the calf between herself and mama.

Doug saw Caleb out of his peripheral vision, racing back to the scene. “Great,” he thought, “help’s on the way.”

The mule was still out of control, on autopilot, so to speak. He never slowed but jumped the stretched rope like a steeple chaser. Caleb never shifted in his seat and disappeared out the other direction.

Patty had managed to give the shot and peel off the rope but the cow gave her a good roll anyway before chasing off after her darlin’ baby.

I was lookin’ at Patty while Doug was tellin’ me this story. She nodded with that resigned look I often see in ranch women’s eyes.

I said, “By gosh, Doug. Yer a heck’uva cowboy. You did all that and never got off yer horse.”

West Nile Virus and Your Horse