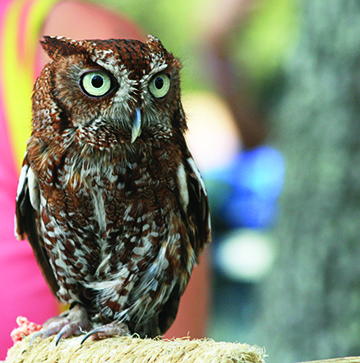 A while back I was asked who has had the greatest influence on my live. I hadn’t ever given it much thought, like most folks, I guess. After considerin’ for a while I came up with five people that I could say actually affected the direction of my thinkin’. My dad, Doc Brimhall, John Basabe, Red Steagall, Patrick Gottsch and Rupert Mansell.

Mr. Mansell was my vo ag teacher in Las Cruces, New Mexico from 1961-1962. “Here by the owl. The owl is the symbol of wisdom…” It’s hard for a 16-year-old kid to evaluate wisdom. I remember Rupert, as we referred to him behind his back, tryin’ to teach that rag tag bunch of boys anything (it was all boys back then). Lots of us really didn’t have much in the way of money. Our projects included 4 or 5 scraggly sheep, or a couple of steers, some pecan trees, rabbits or whatever. Sure, there were a few boys whose folks were good farmers and had impressive projects but most of us didn’t. Rupert treated us all the same.

What we all had was a love of agriculture and the optimism of youth. That was what Rupert had to work with. He taught us that dirt was under your fingernails and soil was what you tilled. He tried, often in vain, to teach us how to weld and work on machinery. How to block sheep, fit a steer, castrate a hog, and how to tell a rib steak from a chuck. It was not until much later that I came to realize how much a vo ag teacher has to know.

I said Rupert treated everybody the same. That’s not quite true since he made me feel like I was special. But, if the truth were known he probably made each one of us feel that way.

He wasn’t impressed by politics so when we decided to invite the governor to be the speaker at our local FFA banquet he said to go ahead but don’t advertise it in case the “guv” didn’t show. We sent out invitations to all the school board, principal and other dignitaries. Most declined; they had other things to do. The day before the banquet the governor confirmed. It came out in the paper. Suddenly the local dignitaries were calling trying to get tickets. Overnight they had developed a sincere interest in the Future Farmers. It was one of Rupert’s finest hours.

For all you dedicated vo ag teachers, I salute you, but I remind you that you are in the position to shape young people’s lives. It is no small responsibility. And to Mr. Mansell, who has since passed, from all of us ex-reporters, vice-presidents, greenhands, secretaries, state farmers, soil judges, blacks, browns and whites; if we ever amount to anything, you had a hand in it. Yep, you. There by the owl.

What is a Conditioned Response?