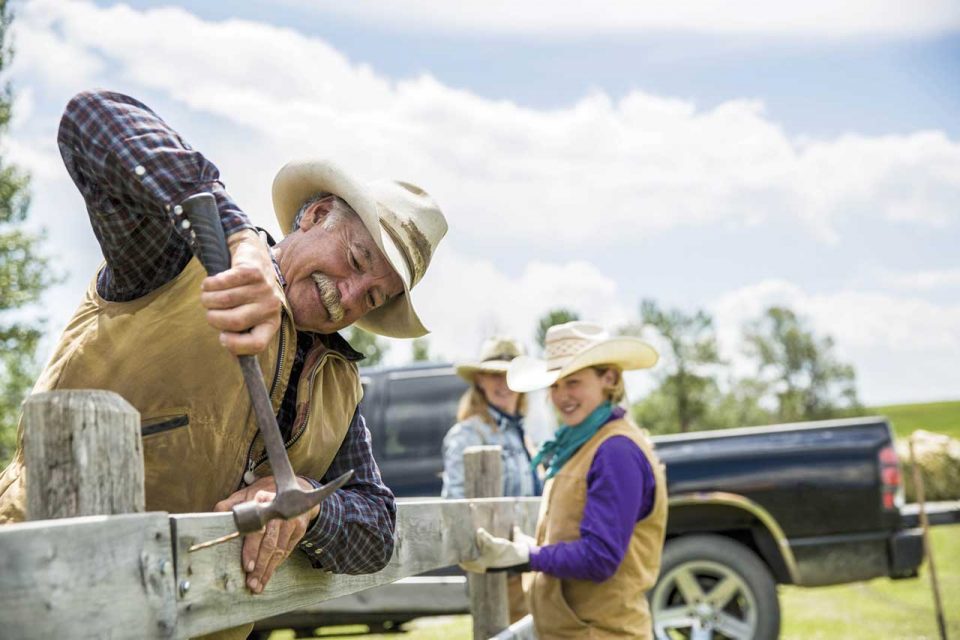 By Baxter Black, DVM
Mr. Moses remarked the other day he’d received a catalog in the mail from a western clothing outfit. He wasn’t sure who the outfit catered to, but the name ‘Long Island’ seemed to stick in his mind.

The photo on the front had burned an image into his brain. A male model stood in cowboy posture, a Clint Eastwood steely-eyed glare glinting from beneath the brim of his Zorro hat.

It appeared that moths had eaten the collar off his shirt. He wore a duster that was sort of a cross between Jim Bridger’s old trapping coat and Santa Ana’s parade uniform. Mr. Moses guessed it weighed more than a wet hallway carpet. There was an odd collection of gold chains, buttons, military pins, silver boot toe tips, training spurs and epaulettes decorating his wardrobe. He looked like a Korean General just returned from a Rotarian’s convention.

Mr. Moses imagined himself dressed like the cowboy on the cover of the catalog, jangling out to feed the cows and break ice. Him hangin’ his giant rowel and jingle bob on the twine as he kicked a bale off the back of the flatbed. Being jerked flat into the muddy rut, cows tromping giant footprints on the tail of his coat, the dog running off with his pancake hat. Then rising, sodden and trudging off rattling and clanging like a Moroccan bride with a limp.

“Shoot,” he said, “I couldn’t even walk up to a horse dressed like that.”

Mr. Moses considers himself a Carhart cowboy. For those of you who live in the tropics, Carharts are warm, insulated canvas coveralls with more zippers than a Hell’s Angel’s loin cloth.

Carharts, ear flaps and Lacrosse five buckle overshoes. Real cowboy winter wear. Granted it limits mobility. You’d have to get undressed to mount yer horse. You can’t hear much other than the diesel, but a cowboy can get the job done. Could be the cowboy on the catalog cover measures his time in the winter by the bottles of brandy he goes through lacing his evening café au lait, or possibly the edge of the sun rays on the floor of his glassed-in sun room. Certainly it would not be the amount of mud built up in the wheel wells of his Lexus.

Mr. Moses has his own way of judging the length of winter. He says he keeps track by watchin’ the pile of ice that accumulates next to the stock tank.