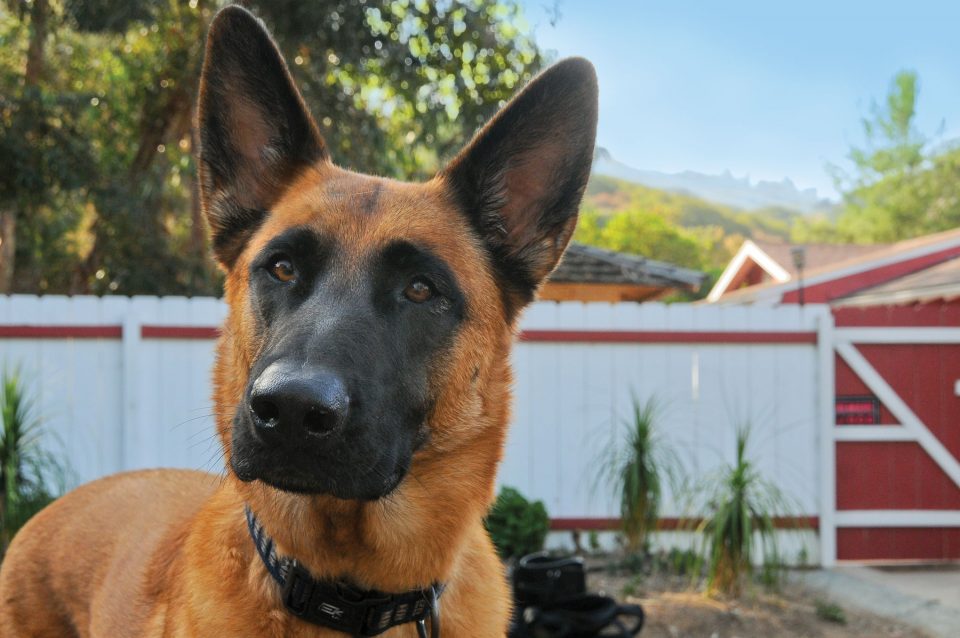 Every genuine or would be cowboy’s pride and joy is his ‘good dawg!’ One of the highlights at a Stock Show is the stock dog trials.

Now, allowin’ for the fact that all my exposure to stock dogs in the past had been on workin’ cow outfits, I wasn’t prepared to see a dog that actually obeyed his master’s commands! It was quite a shock.

Accordin’ to the rules there were six classes of competition; three with cattle and three with sheep. They were divided into Advanced, Open and Started.

In the Advanced category the trainer could not cross a certain point in the arena. Using primarily voice commands, he instructed his dog to drive cattle through a series of gates, chutes and other obstacles. These dogs were a pleasure to watch. They were quick and quiet and like a good cutting horse, anticipated the critter’s moves. One of the best dogs was blind!

In the second category, the Open, they were a little less polished. The trainer was allowed to stay closer to the dog and used more hand signals and a louder voice. These dogs had moments of brilliance but, like any sophomore, occasionally they get a little too exuberant or stopped to check out the crowd.

The Starter category was a three-ring circus! Wally’s dog Ruby, looked like a cub bear on his first date! His hand signals reminded me of a shipwrecked sailor who’d just spotted the rescue plane. He used a lot of the same voice commands I’ve heard you ranchers use on your own dogs. Ruby had the attention span of a Bartlett pear. Matter of fact four minutes into her trial run she decided Wally could handle it by himself and left!

All the dogs entered were Border Collie, Australian Shepherd or Kelpie. I asked why I didn’t see any Blue Heelers. I was told it was difficult to put a “good finish” on a Blue Heeler. I thought that was a kind way to put it. I’ve heard some of you ranchers putting “finishing touches” on your Blue Heelers with training aids like shovel handles, fly swatter and boot toes.

I remember once Donnie arrived with his dog when Ed was gatherin’ his cows. Ed said, “Donnie, havin’ you and ol’ Badger help is like havin’ two good men not show up!”
www.baxterblack.com

Sacking Out Part 1 – The First Touch