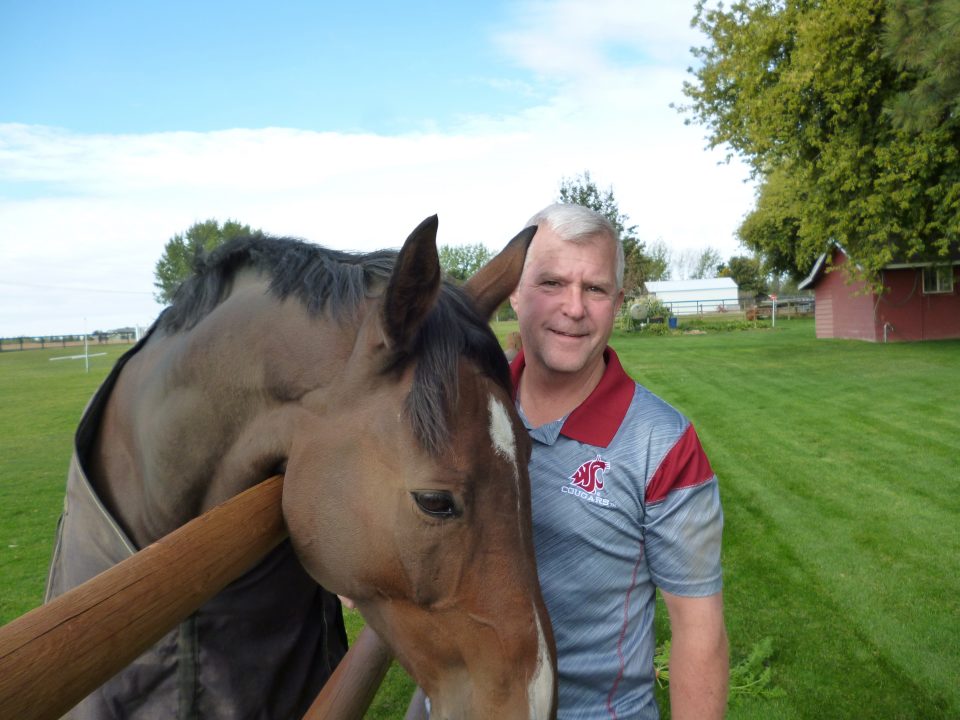 Extracorporeal shock wave therapy is a relatively new tool in our treatment of performance horse injuries. it is non invasive and avoids competition conflicts such as with drug withdrawal issues. Shock wave therapy has been around since the 1980’s having been first used to break up kidney stones in human patients. Then saw it use expand to tendons and ligaments with the treatment of human plantar fasciitis. From there it was used on bone spurs,lower back pain and multiple other regions in human patient. It is now an established new technology for treating musculoskeletal injuries in horses.

From outside the body (extracorporeal), the machine generates high-intensity shock or pressure wave which pulse to a specific site within the injured tissue, this stimulates and accelerates the healing process by reducing inflammation, increasing circulation and stimulating bone production (osteogenesis). It does this by creating cavitation within the tissue essentialy causing microtrauma stimulating the body into releasing anti inflammatory factors, Nitric Oxide and growth factors such as Vascular Endothelial Growth Factor (VEGF). VEGF is responsible for creating a vascular supple where there typically is not any. The lack of vascular supply is what helps to cause many problems such as tendonitis. Some of the other growth factors may enable stem cell homing to a certain area. Previously in conditions such as proximal suspensory desmitis (high suspensory) we attempted to get the same effect by injecting counter irritants into the affected area.

The treatment itself consists of shaving or washing the treatment area and saturating with alcohol then applying ultrasound gel to maximize conduction of the shock wave thru the skin to the focused depth. Typically the protocol calls for 1000 – 1500 shocks and can usually be done without sedation or a small amount.The machine works on the principle of two metal objects hitting each other at a speed of 50 miles per hour to create the shock wave. Because of this it can be noisy and I have found more of the horses react to the noise vs the shock. Typical treatment protocol is 3 treatments with 10-14 days between treatment.

Because of this ability to stimulate circulation and recruit stem cells Shock Wave Therapy is very helpful in tendon, ligament and bone injuries, all structures with little normal blood supply and low metabolic activity. Proximal suspensory desmitis or “High Suspensory” injuries are particularly well suited to Shock Wave. It’s non invasive nature and effectiveness make it especially helpful even as a maintenance therapy. Other structures that benefit are collateral ligament injuries. These are the small ligaments that help to stabilize and hold bones together. In recent years stem cell injections of these ligaments has helped with healing and now research has shown that concurrent Shock Wave therapy enhances the stem cells. It does this by stimulating the production of Nitric Oxide, the “holy grail” of stem cell therapy. In addition, research has shown by tagging stem cells that they concentrate in areas previously treated with shock wave.

Shock Wave therapy has also shown an immediate, but relatively short duration of analgesia, or pain suppressing effect making the horse more comfortable and relieving stress if only for a few days. This effect is well proven to the point that it’s use is regulated and banned at competitions and track racing in the days prior to competing.

Shock wave machines have started to come down in size making them even more portable and with their increasing use I’m sure even more conditions will be found that can benefit from it’s application. These may include “kissing spines”, general back muscle soreness and with it’s ability to focus the shock greater stimulation of acupuncture points.

Deworming in the First Year of Life