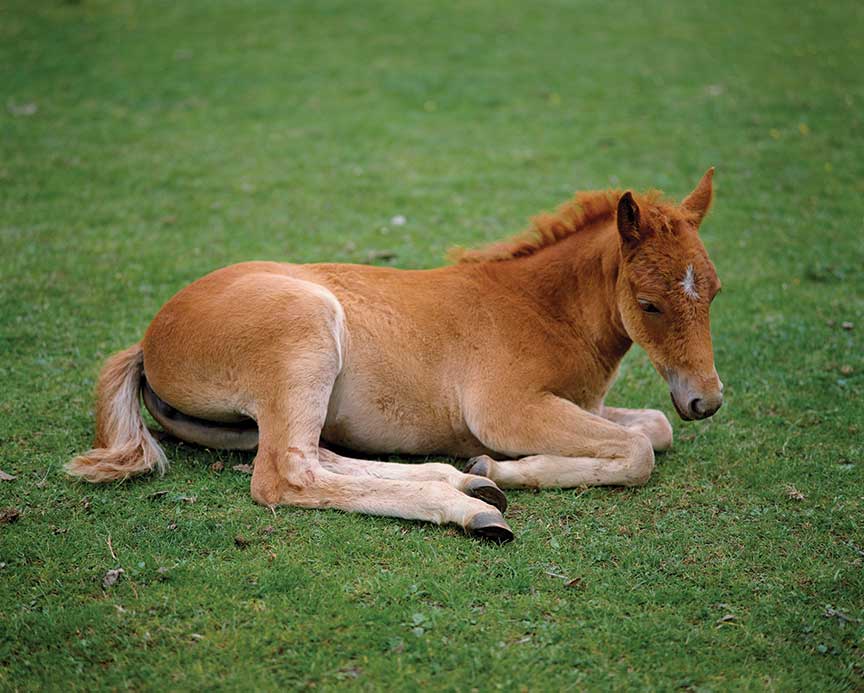 Commander, my big white wonder of a Perlino stallion, came ambling around the corner and we almost collided. Sure enough I could see mare images dancing around in his big blue eyes!

“So boss-ette, I have a question for you.” Commander launched right in. “Where do foals come from?”

“From mares.” I ventured. This sounded like a loaded sex question from an inquisitive 9 year old!

“I know that! What do you think I am a blue eyed dummy!? I just can’t figure out how that foal gets in the mare in the first place. Maybe through her mouth??” Commander wistfully looked toward the mare pasture to see for himself if there were any mares ingesting foals in some way.

No blue eyed dummy, huh! I wasn’t talking to a mental giant here either! But then I had to remind myself that we never really know what goes on in the minds of these animals and the questions that they perhaps ponder. I just happen to be “lucky” and have one that could actually talk and express himself.

I can’t believe I am having a conversation about the birds and the bees with my Perlino stallion! Many a parent through history has had to “explain” to inquisitive young minds, where babies come from. That’s how the ‘birds and bees’ thing came to be in the first place. It was used as a sexual metaphor of how bees pollinate the flowers and how birds sit on their eggs to hatch them. Embarrassed parents then had a way to kind of describe reproduction and sex rather than a little more straight forwardly. But explaining it to a stallion…

Let me put it in people terms first! Mares are bred by stallions in two different ways. They are either bred “live” by the stallion or artificially inseminated by a veterinarian.

A live covering can be done in two different ways. In a controlled situation, the mare and stallion are brought together at the prime optimal time, each being handled by a person. This gives the handlers control over the breeding process and offers a little more protection for both animals if something goes wrong. And things can go wrong really quick when 1200 lbs of sexual intent is being restrained by a little lead rope while his object of desire is only feet away!

Pasture breeding is just that. A mare in heat and a willing stallion (most are) are put in a pasture together and let’m go at it. We think of females as being the “weaker” sex but if someone gets hurt in the breeding pasture it’s usually the stallion being taught a “breeding gentleman” lesson by a pissed off mare! Many people believe this a great way for young stallions to learn manners. Others don’t want their prized stallion open to well placed mare kicks and his whinny going up several octaves.

Most prized stallions never see the back of a real mare and are taught to mount a “dummy” and be collected in a sheath by a trained vet. This is artificial insemination or in the horse sex trade called A.I. Most horse breeds allow mares to be bred in this way if the sperm is well documented as to which stallion it came from. Stallion semen is shipped all over the US and the world and enables people to breed their mare to a stallion thousands of miles away. Expediency in collecting and then shipping to the waiting mare is paramount. Special cooled shipping containers hold the semen and FedEx rushes it through the air. In spring, each morning there is a collection of horse breeders waiting at the FedEx depot for their “boy-in-a-box” semen delivery!

Mares then carry the fertilized egg as it grows and develops into a foal, for approximately 340 days. Mares don’t keep schedules like we do so they deliver those little bundles of joy when ever they feel like it! The gestation period for a horse can vary to as short as 320 days or as long as 360 days and still be considered normal.

Let’s see, how do you put this in birds and bees horse terminology. I still had two blue stallion eyes eying me intently as he waited for an answer to his question!

“Commander, when you breed a mare you actually leave a little bit of your, er, essence inside her. This little part of you is like a bee pollinating a flower. Then the egg that the mare has and wants to hatch into a baby foal, takes that little Commander part and brings it into the egg and a foal is started. It grows and grows and is hatched, er, born 11 and a half months later.”

“You mean that I’m like a big bee and pollinate mares rather than flowers? And all those resulting foals are a part of me that grew into a big baby? I am so great! I didn’t know how important I was in making foals. The mare doesn’t really do very much does she? I’m the one that makes the baby!” Commander was jubilant with the thought of his contribution.

I was just starting to explain that it’s actually the mare that gets about 80% credit for the foal since she is the one that carries it to term and then foals and nurtures it till weaning, but he was already off. His stallion bellows echoed through the valley as he proclaimed his importance to the other stallions and the mares out in the pasture. The mares didn’t even raise their heads; guess they had heard it all before.

As I looked at the pregnant mares and visualized the coming Commander foals I just had to smile at what females put up with. Lord help us if all those foals can talk!